I asked Margi Laurin about the Polymer clay tile mosaics that participants have been creating at the annual Morrisburg Polymer Clay Gathering or MPCG for short.
Here are previous years assembled art works. I believe the individual tiles measure about 3 x 3 inches.The results are really quite something and I wondered how these are created. So I asked Margi. 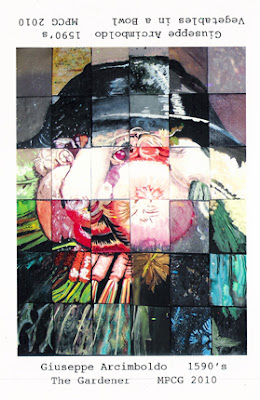 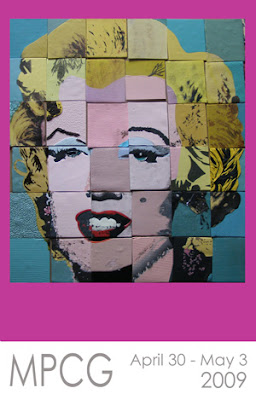 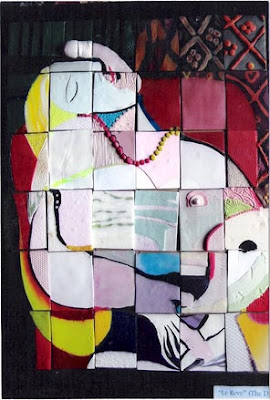 Me:
So how does this assembly work?

Margi:
Vio and I pick a picture, blow it up and cut it into the approx number of participants. We number the top right corner on the back.  They (participants) are given the paper image on Thurs. night and told to replicate it as best they can including the number on the back. They have to have it done Sat. by noon. Then I take it home, assemble, photograph and insert it onto a premade template and print. On Sunday we assemble the pic on a piece of foamcore, or whatever, by using 2 sided carpet tape and drawing numbers out of a hat.  The numbers then go back into the hat and we draw for who takes it home. Then everyone gets a printed copy.  Of course the first year they had no idea what they were doing and the effect of assembling it was spectacular. Now they know its coming, complain about it, but still LOVE IT and want to keep doing it from year to year.

Me: This sounds like a lot of fun and lucky winner/s!! My personal favorite has to be the Marilyn Monroe one, but the latest Lawren Harris is a close second. 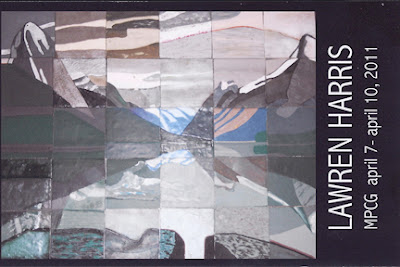 Here are the photos of the ornamnets from this year's swap. Great work everyone!!!!! 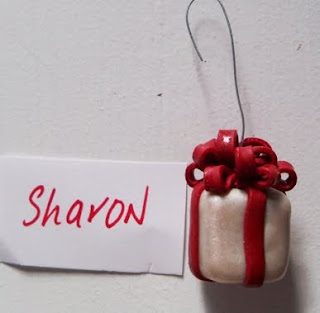 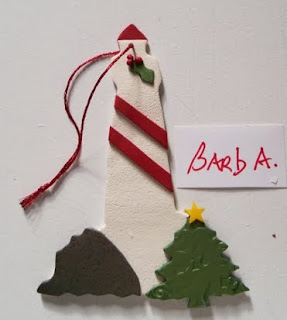 Here amidst the photos 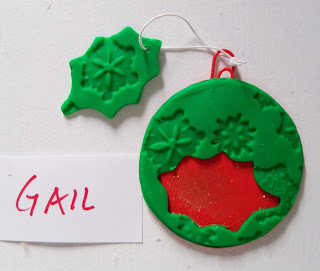 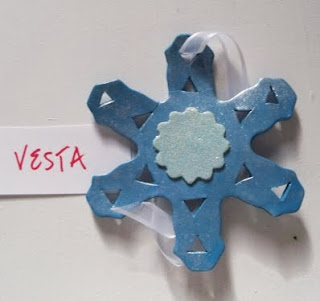 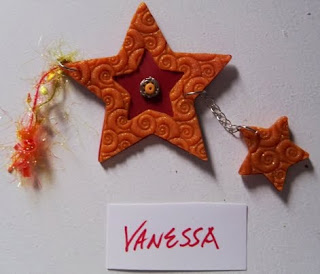 a word to say thanks to all this year's swappers..... 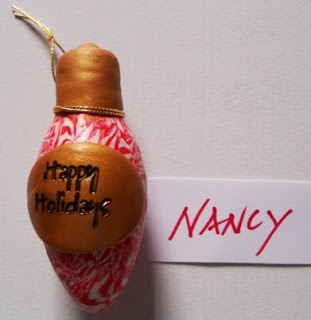 I think you all
did a marvelous job! 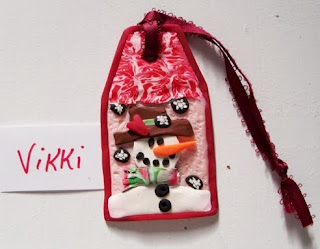 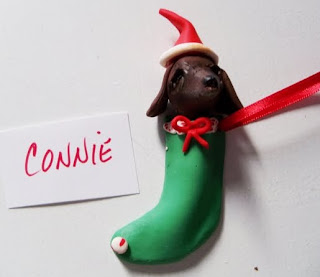 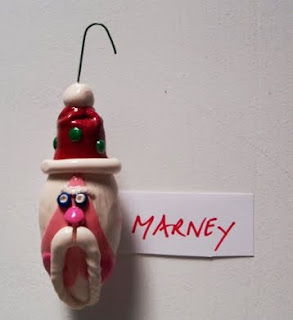 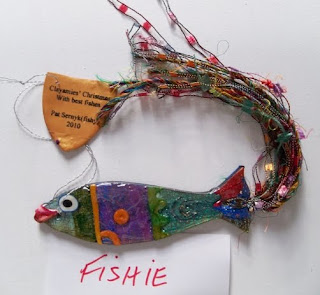 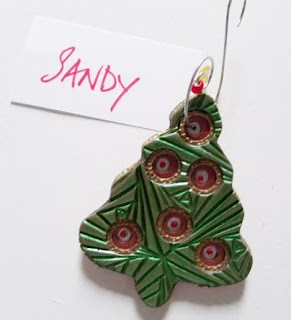 Sorry that the photos are so arranged,
I couldn't make them go where I
wanted them to be.....and they aren't
even the same as in the doing of it all!


If someone wants also to post one of
mine, please do, as that is the one I
forgot to take a pic for.

A lazy River, Spawning Salmon and an Indian Summer in the Shuswap

We live in the North Okanagan Valley of B.C. right on the Little Shuswap Lake where the South Thompson River flows.  It is a beautiful and peaceful spot with so much nature that surrounds us each day.  Our town is mainly know for the herds of mountain sheep that come down in the winter-time in search of patches of grass to feed on. 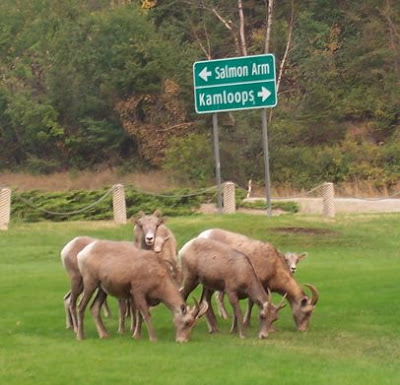 There is a four year cycle where large amounts of sockeye salmon return to the same spot on the Adams River to spawn.  The trip in from the Pacific ocean is very grueling and difficult and by the time they reach their spawning grounds they have changed from their silvery color to a bright red and green.  The male and female will guard their eggs until they eventually die.  It is sad and yet very awe-inspiring at the same time as out of that comes new life where the young hatched salmon will make their way down the rivers and back into the ocean. 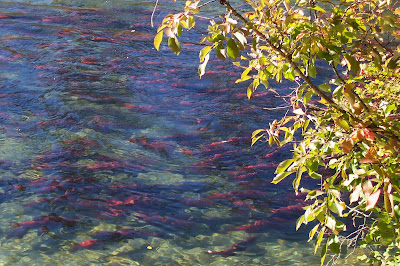 This year is quite special as their are more salmon than there has been in over 100 years.  The Salmon Society together with the local Shuswap Indian Band celebrate this event at the local Provincial park on the Adams river for over a three week period.  There is a log cabin there which is turned into a gift shop where local artisans work is sold and we have the privilege to be included this year which is very exciting for us.

Here are some of the pieces we made for this event.  The "totem inspired" pins are a spin on the "lizard tail" technique I learned from Julie Picarello where each fish is created individually yet there are no two that come out alike. 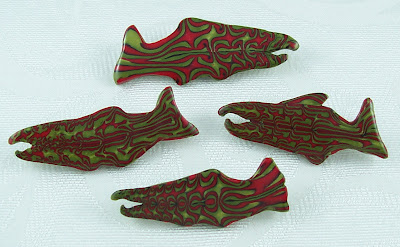 If you click on the salmon pin below,  you will see how they were put together and then sculpted on our blog. 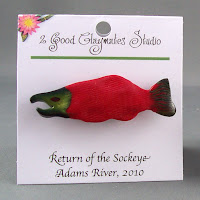 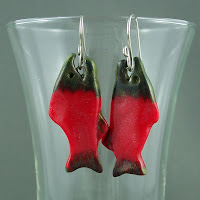 I will also be doing some demos here and there throughout the next 3 weeks in a special tent they have set up for the artists.  I will also be giving more up to date reports of this event on our blog.
Posted by 2 Good Claymates at 8:34 AM 2 comments:

Amy Beeney of Ontario has some new work posted on her blog. Amy has been busy creating food miniatures in polymer clay.
Here are some examples spread out on tiles... 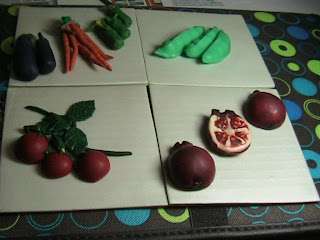 Miniatures have gained much popularity, with sweets, treats, fruit and every food item from Apples to Zucchini. If you are a miniaturist...what kind of miniatures do you like to create?
Posted by Beadcomber at 12:18 PM 2 comments:

Confessions of a Newbie Clayer

I am a newbie at this polymer clay creating!  After trying a couple of times to attend a polymer clay class in town... they always ended up being canceled at the last minute because of low enrollment... to learn the basics, I finally just threw my arms up and decided I'd just have to learn this "art" on my own from books!

Off to the library I went.  I was pleasantly surprised to find tons of books on polymer clay that I could take home with me to plunge into this new world!  I was determined to figure out the ins and outs of polymer clay.
Uh huh... easier said than done!  Some of my first attempts looked nothing like all the lovely pictures.  Mind you I was lacking in tools,  "clay conditioning" by hand was no joke and all the talk about "cooking" polymer in your home oven scared the pants off me.

Well first things first.  I dug into my Art Piggybank and off to the big box hobby store I went to buy a pasta machine, some clay and a few tools.  Good thing I had a 40% off coupon with me... it made the cost of the pasta machine much more bearable.  It was confusing when it came to buying polymer clay... all those brands... so I just bought colours I liked.  I thought you could mix and match them.  Well ya... but...uh huh... sure... my adventure in experimentation and no, no's was just beginning.  Ignorance is not always bliss!

Next on the list was a toaster oven.  I asked around and nobody had one they wanted to pass along to a budding polymer clay artist!  A friend suggested asking around on "freecycle"... a Yahoo group of folks who give stuff away rather than see it go to the local landfill.  It took a couple of postings but I finally found one.  It was at least 20 years old and rather beat up but it seemed to do the job!  Oven thermometer... what thermometer???  I'd just do it by guess and by golly.  I was anxious to get started.  It had taken me a couple of weeks to get all of this *stuff* together.  Enough... already...I plunged in... head first.

I won't talk about my some of my disasters... In short order, it was pretty obvious I needed more "hands on" instruction than I could get out of any book.  My fingers were bloody from cutting myself with blades. I contemplated buying shares in Johnson & Johnson... my consumption of bandaids surely added to their bottom line and pushed up profits.  I had a mound of scrap clay darn near as big as a basketball.  Whatever would I do with it all?  The frugal side of me didn't want to have to toss it all out.  I had questions and no one to answer them. It was  definitely "do or die" time.  I wasn't about to give up quite yet.

Being a kinesthetic-visual learner,  what I needed wasn't to be found in books!  I needed pictures and lots of them.  I needed someone to answer my questions.  I needed some hints and tips I could try out.  There was stuff I needed that I didn't know I needed. What's a gal to do?  Well go online and see if she can find a group to hang out in. She did... and much to her surprise... two of them (The Vancouver Polymer Clay Guild and the Vancouver Island Polymer Clay Guild) were practically on her doorstep.  Clayamies even had some tutorials.  Yippee...

Here I am a year and a half later and I think I am finally getting the hang of it!  The old toaster oven has been replaced with a brand new convection oven and a real, "honest to goodness" oven thermometer. A nice big tile to clay on rests on my art table.  Sharp blades have their own holders to rest in and tape along the top prevents me from picking them up on the sharp side and cutting my fingers to shreds.  My gosh, now that I think of it,  I haven't contributed any blood to my projects in months now.  Baby wipes, Future Floor wax, texture plates, corn starch, molds and brushes, randomly scattered on my art table, show just how far I have come.  Pure stubbornness and a tenacious spirit to conquer this art form have served me well.

I was ready.  Ready to try out something that the thought of even two months ago made me break out in a cold sweat.  Ready to jump in and go where I had procrastinated about going *forever*!  My drawing was ready.  Blade poised, I sliced off some clay and began to condition it.  My heart pounding, I made a log.  I was on my way... one eye coming up.  I was about to tackle a face cane.

Are you ready for a good chuckle and to have some fun?  If so, drop by my blog to see the results of my adventure into face canes!  And while you are there, help me name some gossipy little old ladies made from the cane.  Just leave a comment with your name suggestions and you will be entered into a giveaway coming this Friday, June 11, 2010.  The giveaway...  a very pretty raku lentil rattle pendant similar to the one below.  This one was made last weekend with three of my clay friends... Janet, Wanda and Barb... at our clay playdate last weekend.  I just had to make a second one before I forgot how to do it!  You can see a photo of the second one, which is the giveaway,  while you are there... 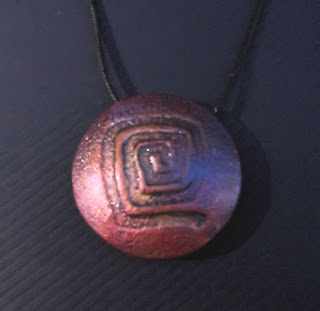 Thanks for reading and Happy Claying from Victoria,
Sharon
Posted by Sharon House at 9:45 AM 2 comments:

Canadian Polymer Clay Friends is our official name, but we know ourselves as Clayamies, a name that expresses who we are in Canada's two official languages. In other words, polymer clay addicts!

From Coast to Coast

I would like to extend a invitation to all to join a real time chat held each Monday evening using MSN messenger. In order to join the chat you need to get hold of a member and they will add you to their contact list. In case you aren't running messenger here is a link to the download.

http://download.live.com/?sku=messenger .The chat beings between 5-6pm PST and around 8pm EST. The group of chatters is diverse and interesting from across Canada. We chat about clay and our every day lives. It is a lot of fun if not a little confusing the first couple times you join in. It helps when everyone types in a different text colour and when you are clearly identified by your name.

Come and join us and have some giggles!